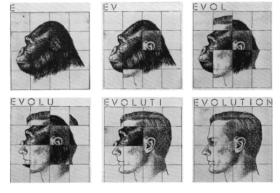 Dialogues on Science and Religion

A Dialogue with Henry Eyring

Duane Jeffrey is to be thanked for his article, “Seers, Savants and Evolution: The Uncomfortable Interface.” It is an excellent summary of the history of thought on evolution in the Church. To illustrate its power,…

In postscript let me say that I have been accused of forging this letter and of taking unfair advantage of President Smith. Let the readers judge. I am personally grateful that the Church has not…

The big question for me in this controversy is whether freedom of inquiry, with the agonizing ambiguity that accompanies it, will be sacrificed to the interests of those who demand certainty in the hope of…

Science and Mormonism: Past, Present, Future

Coming Out of the Evolution Closet